Jess Greenwood Featured in the Book – Pioneers of Digital 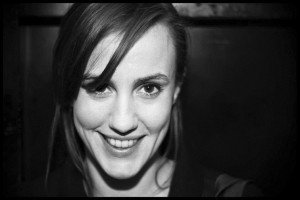 Jess Greenwoood formerly from Contagious Magazine and now R/GA is acultural planner and trend de-constructor who writes and speaks, inspiring advertising creatives and brand marketers to understand the future of, and help harness the power of, digital to tell meaningful and engaging stories.

Here’s an excerpt from the Jess Greenwood chapter in the book:

“Shortly after our interview, Greenwood announced a career move from Contagious to R/GA, an interactive digital advertising agency based in New York, to take up a hybrid role in business development and strategic planning. It’s an evolution that makes sense for someone who has helped pioneer deep thought and analysis of where the digital marketing industry is headed, and been able to present it in an approachable and engaging way, either through the written word, on stage at any number of events around the world, and though her Insider workshops. Of her new role she says:

‘R/GA’s an extraordinary company, capable of the kind of game-changing ideas and systems that reinvent businesses. It’s amazing to be part of the conversations that lead to that kind of change, whilst exercising my hyperactive tendencies to be working on everything at once. The part of the job that I find most exciting is taking all of that strategic thinking and knowledge of the marketing landscape that I learnt at Contagious, and bringing it to bear on real brand and business problems. I think there’s a tendency in marketing to err either towards the over-theoretical, or the over-practical. Having an eye on the bigger picture is important, but it’s figuring out what to do with the knowledge, and how to make it work for you, that I really enjoy.

On how to get ahead in digital advertising and pave the kind of career path she has, Greenwood says you don’t necessarily have to decide early on exactly what you want to do when you grow up. She was inspired by a TED talk by and conversation with Sir Ken Robinson who describes the danger of having a predefined destiny too early on in education, as it kills creativity.

She’s never had a clear idea of where her career was heading, but she was always open to new things, simply ‘being interested in stuff that goes on, and how it fits together.'”