Jaron Lanier Featured in the Book – Pioneers of Digital 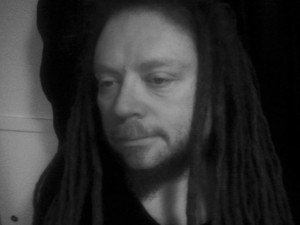 Jaron Lanier is an internet visionary, creator of virtual reality technology, bestselling author of “You Are Not a Gadget”, musician, composer, industry pundit and social media cautioner, who now questions the very technological ideology he helped create in the 1980s. He is currently at Microsoft Research acting as Partner Architect.

Here’s an excerpt from the Jaron Lanier chapter in the book:

“In the early 1990s, Lanier got a call from movie director Brett Leonard saying he’d got the film rights to Stephen King’s short story, ‘The Lawnmower Man’. Lanier remembers that Leonard told his reluctant celluloid subject that he’d leverage the King story option to get the project funded but then do a ‘weird science fiction biography of you and your company.’ All the director needed was some explanation of how virtual reality kit worked and some old prototype gear from the era that ended up actually being used in the film.

Lanier’s entrepreneur character was played by then unknown actor Pierce Brosnan, and real life appears to have mirrored the outlandish plotline as Lanier claims ‘it turned out VPL was part of a justice department investigation later, on the French Intelligence Service using the investment arms of French companies to do industrial espionage on American start-ups in Silicon Valley’.

Although The Lawnmower Man debuted at the US box office at number two in March 1992, it’s not an experience Lanier reminisces about fondly. ‘I honestly don’t think anyone involved in that movie on any level was particularly proud of it, or particularly cares to promote it these days.’

Not so Steven Spielberg’s epic Minority Report, starring Tom Cruise, which he advised on in 2002. Part of the multi-day creation process with the director and screenwriters, he helped conceptualize scenes and storylines, specifically most of the interactive gadgets, the rolling eyeball scene and segments involving Tom Cruise running away with the advertisement security lens notifying the police of his whereabouts.

Those, and the now famous glove interface, were all technologies that Lanier was working on at the time as chief scientist at Internet2, where they’d also done the first facial feature tracking to reanimate avatars, similar to Microsoft’s Avatar Kinect, and were researching the possibility of recasting old movies, exchanging actors’ faces and replacing the entire performance.”

Read more about Jaron Lanier and his incredible virtual reality career in Pioneers of Digital.