Carolyn Everson Featured in the Book – Pioneers of Digital 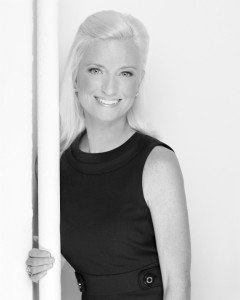 Carolyn Everson is an inspirational multifaceted builder and leader of digital businesses since 1996. Now head of Global Marketing Solutions at  Facebook (a company she suggested MTV Networks buy in 2005), she’s urging advertisers and agencies to put ‘social’ at the heart of more integrated marketing plans.

Here’s an excerpt from the Carolyn Everson chapter in the book:

“Everson soon harnessed a reputation for having a Midas touch, and was persuaded to lead all the classified and direct response advertising at the company, along with the digital side of 130 of their consumer titles. But after three years as a ‘fixer upper’ getting businesses healthy, she had a hankering to go even bigger and work for a brand she was passionate about.

TV was one area of media Everson knew nothing about. So when she decided to look outside Primedia, a business school classmate, Matt Spielman, suggested she look at MTV Networks. When she got the call from MTV to help run their college channel, MTVU.com, the chance to  expand her repertoire of knowledge was just far too compelling an offer and she remembers it wasn’t just about the medium:

‘It was much more than just selling TV. It was really selling a college audience, and a whole experience which included MTVU.com, the actual TV channel, and then a lot of ‘on the ground’ events. MTVU was meant to be the incubator for how the business could work differently at overall MTV networks. It was a great experience and we tripled revenue in the first year after building the team.’

Everson also recommended that MTV owners Viacom buy Facebook in 2005, after her stepson, who was attending Wake Forest at the time, suggested she take a look at the social networking site because it was ‘taking off in the college scene’, as she was so firmly ensconced in the college crowd. It’s an ironic twist not lost on Everson that, although the deal fell through, she would ultimately end up working at the Palo Alto-based company: ‘It’s just fascinating how these things come full circle.’

MTV Network’s CEO, Judy McGrath, had been impressed with her charge:

‘Carolyn Everson made an immediate positive impact at MTV Networks, with passion and fearless drive, always with an eye towards the future. She is restless in the best possible way, truly built for this era in media. MTVU was an emerging brand, one that flourished on her watch, tripling revenue and as importantly, relevance. As Carolyn stepped into the COO role across one of the leading sales teams in the industry, she brought that unique spirit and forward strategy to all the brands.'”

Read more about Carolyn Everson’s career in Pioneers of Digital.